Reiki
What is Reiki?  Reiki is a form of therapy that uses simple, no-touch hand positions, and visualization techniques, with the goal of improving the flow of life energy in a person. Reiki (pronounced ray-key) means "universal life energy" in Japanese, and Reiki practitioners are trained to detect and alleviate problems of energy flow on the physical, emotional, and spiritual level. Reiki touch therapy is used in much the same way to achieve similar effects that traditional massage therapy is used—to relieve stress and pain, and to improve the symptoms of various health conditions.

Reiki sessions available by appointment only:
60 minute session for $88

Distance/Remote Reiki sessions are available by appointment only:
30 minute session for $66


What is IET?  IET, orIntegrated Energy Therapy® was created by Stevan Thayer, and is a safe, gentle, nurturing way to empower and balance your life by helping you release patterns of the past for good.

From the Center of Being website:  "IET uses the violet angelic energy ray, as brought to us through the nine Healing Angels of the Energy Field, to work directly with your 12-Strand Spiritual DNA."
(http://www.centerofbeing.com/)

I am a Level 1 IET practitioner.

IET sessions available by appointment only:
60  minute  session for $88 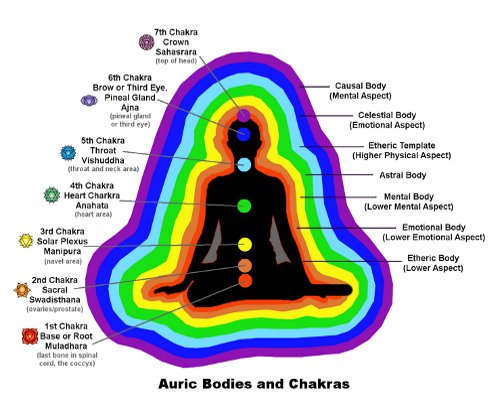 ﻿Chakra Chelation / Rebalancing
What is Chakra Chelation/Rebalancing?  Chelation is a fundamental “hands-on” energy technique that can be used at the beginning of any healing session. This simple process does three main things: charges, clears, and balances the human energy field or aura. Chelation accomplishes this by bringing energy into the field with the help of the healer.  This technique was developed by Rev. Rosalyn Bruyere, and she adapted this word to mean simply to clear the field of the patient by removing auric debris. Chelation also fills the energy field up with energy, as in blowing up a balloon, and generally balances it.  This is done by running energy into the body.  There is a specific sequence in chelation that is most effective because it emulates the way energy is naturally taken into the field – from the earth into the bottom of the feet and then up into the rest of the field. When energy is brought into the field this way, the energy body will take it in and direct it to where it is most needed.

Energy is run into the body from the feet up because energy is normally drawn up from the earth through the
first chakra and the two chakras on the bottom of the feet. These earth energies are always needed in healing the physical body because they are of the lower physical vibrations.

During a Chelation session, the client may feel the energy as warm, tingly, or pulsating. The energy healer may be able to feel changes in the energy’s flow, such as in the frequency or rhythm of the pulsations or in the direction of the flow. After several minutes, once the intensity dies down and becomes consistent, steady and slow and the flow up each side of the body is the same, you know that the general field is balanced in the area of the feet. Then it’s time to move into the next position. The energy is always moving up with changing hand positions from feet to legs to chakras on the torso and finishing at the throat and head. 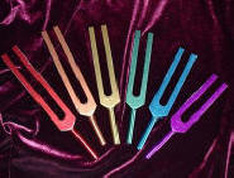 
May the sound of light surround us
May the light of sound guide us
May sacred sound come through us
For the Harmony of all
- Jonathan Goldman
http://www.healingsounds.com/


Note:  This is a good 'book' that provides foundational information about Vibration and Sound Therapy used as a healing modality throughout the ages:  A Summary of Sound Therapy and Vibrational Healing Concepts Book I William L. Meyer, M.Engr. Georgia Neff, Ph.D. Lauren Garfield-O’Brien, R.N. December 2003

What is Vibration and Sound Therapy?

Vibration is a primary force in the Universe, and the basis of sound therapy. Everything has a frequency, a vibration and is part of a grander harmonic within the Universe. Sound has been used since the most ancient of times in both individual healing and sacred performance.

Some History:
Everything on the planet, living or not, is radiating frequencies. We know that this broadcasting of frequency is a primal form of communication. The belief that sound can heal and is profoundly implicated in health has ancient roots. Pythagoras of Samos (600, BC) considered the father of western science, was deeply imbued with the belief that sound, and sound ratios, are the primary forces that hold physical reality together. The seven day week, and the seven note musical scale were direct results of his belief that the seven visible planets were in ratioed orbits that created specific harmonics. Those harmonics were believed to create a "music of the spheres". And his mathematization of astronomy through music was to lay the foundations of western science and result ultimately in the work of Kepler and Newton. Most importantly he believed that sound, audible and inaudible, had distinct effects on the health and emotional well being of humans. He prescribed particular music to calm and to balance biochemistry. In the early 17th century, Johannes Kepler would use Pythagoras' idea of geometrical ratios and the music of the spheres to develop his laws of planetary motions and finally accomplish the mathematical task of putting the planets in elliptical orbits around the sun.

Though scholars have commonly credited Pythagoras, as the first researcher into the origin of musical intervals, the decoding of the cuneiform tablets of ancient Mesopotamia (southern Iraq) has revealed that the Sumerians simultaneously developed cuneiform writing and a base-60 number system that allowed them to create "an extensive tonal/arithmetical model for the cosmos..." thousands of years before Pythagoras (McCain, 1994). (Taken from the above mentioned book, pages A-4 and A-5)


I am a Level 2 Vibration and Sound Therapist, and use both the Solfeggio Tuning Forks and weighted Body Tuners in my healing sessions.

What are the Solfeggio frequencies? Solfeggio frequencies make up the ancient 6-tone scale used in sacred music, including the beautiful and well known Gregorian Chants. The chants and their special tones were believed to impart spiritual blessings when sung in harmony. Each Solfeggio tone is comprised of a frequency required to balance your energy and keep your body, mind and spirit in perfect harmony.